A massive congratulations to Rosemary Vaimili – Toalepai on her debut for Easts Tigers Women’s Rugby League team on the weekend.

Rose produced an error free display in wet and slippery conditions. She scored two brilliant 60m tries, one from a trademark dummy-half scoot and another on kick off return that had the Langland’s Park crowd on their feet. Her bone rattling defense also produced multiple turnovers for her team. Typically Rose was extremely humble, adopting a team first approach, playing wing, centre and fullback during the match as injuries took their toll on the team. A sensational debut with a focus for her now on rehab and preparation for the next round.

Our Girls Rugby League Program could not be prouder of our 2018 Captain and we can’t wait to watch the season ahead! 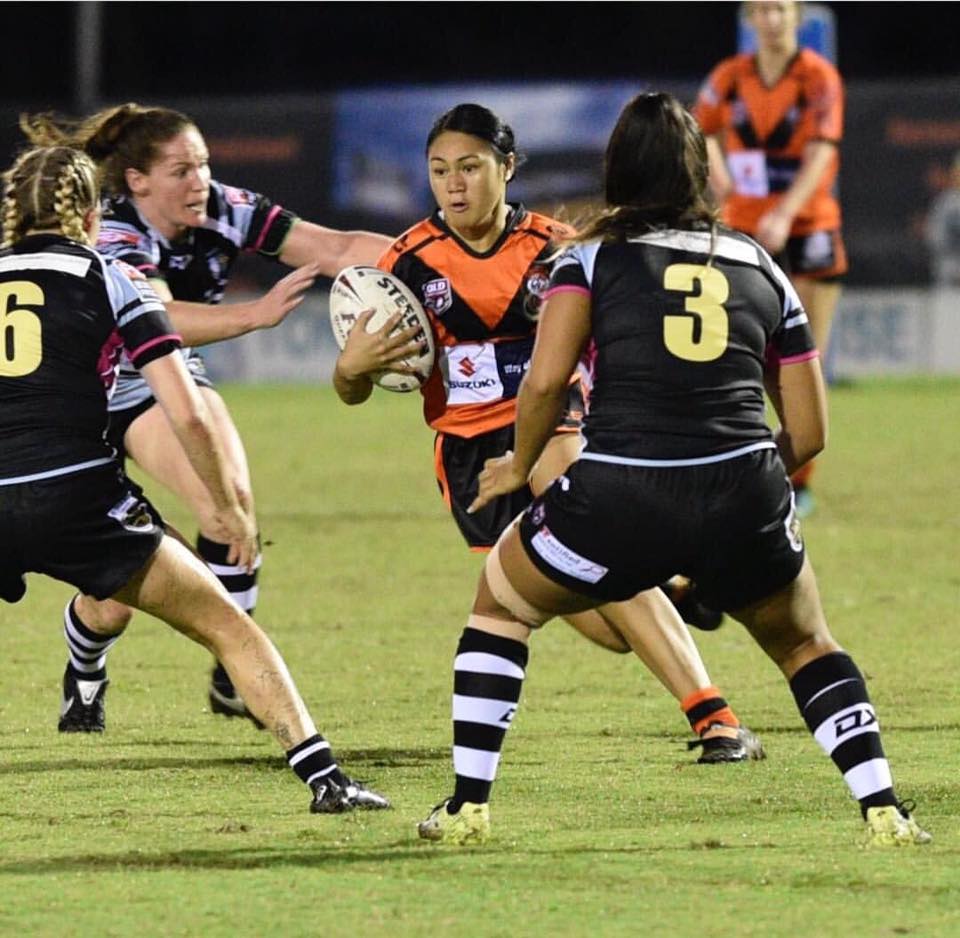